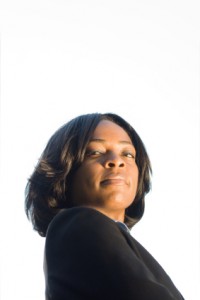 Dr. Sheila Rampersad’s article in the Trinidad Express of November 18th, 2008 is titled “Women earn less than men in T&T”.  This statement was made in response to data produced by the World Economic Forum in their 2008 Global Gender Gap Report.

The article highlighted the fact that women in T&T earn half of what their male counterparts earn.  Hazel Brown, co-ordinator of the Network for the Advancement of Women, was quoted in the article.  She expressed grave concern that despite T&T’s increased rating from 2007, the gap seemed to highlight deficiencies in employment practices in the country.  Females outnumber males in the educational system from primary through secondary and tertiary levels.  They also outperform the males at examinations.  So why are they being discriminated against when entering and progressing in the workplace?  Can we regional Human Resource practitioners provide any insight?

I found Ms. Brown’s comments fascinating and this lead me to read the report.  There are some positives coming out of the report and this provides some measure of comfort.  Trinidad and Tobago leads the Latin American and Caribbean Region, jumping from 46th place overall in 2007 to this year’s 19th place ranking, the only country in the region in the top 20.  Trinidad and Tobago’s improved performance is largely in part to the number of women represented in parliament and with ministerial portfolios.  The report ranks one hundred and sixty countries based on four categories, namely Economic Participation and Opportunity, Educational Attainment, Health and Survival and Political Empowerment.

The excerpt below shows the ranking of T&T, Barbados, Jamaica and United States.

There are several ways to analyse the data.  At face value, I saw that each Caribbean nation had strengths in particular factors.  This would lead to the obvious thought that we can learn from each other and maximise synergies.  We the Caribbean are ahead of the United States in certain categories, so clearly we must have something going for us.

The analysis highlighted in the report itself pointed to the trend of increases in closing the gaps.  The Nordic countries continue to perform well, seemingly they have the recipe for equality.  Closer analysis of the structure and systems of the economic, social and political facets of these countries would prove useful.  Norway, the leading country in the survey has modified legislation to dictate the gender balance required for boards of public companies, Finland, the second place country has a female president.  These countries also offer great support to females with generous maternity provisions and paternity provisions as well.

The report draws four conclusions.  The one that I find most relevant for us, Human Resource practitioners, is the correlation between gender gap and national competitiveness which has impact on GDP and quality of life for citizens.  The report correctly emphasizes that the most critical factor in the determination of national competitiveness is the effective use of human talent.  The skills, education and productivity of the workforce are all contributing factors.  These, as far as I know, all fall directly within our purview as HR professionals.  So we are poised to have a direct positive impact on our countries.

From recruitment and selection practices which embrace diversity and women in the workplace and give equal pay for equal work, to compensation and benefits where a cafeteria style menu can be implemented to cater to women’s specific needs, to training and development geared at giving the best minds, even if these are female the right tools to climb organizational levels, to policy and procedure development that promote equality, Human Resources can certainly mould the organizations that will lead to women being paid the same as men.  The regional HR associations could probably highlight their work to Ms. Browne so that she would know that HR professionals are doing their part to close the gender gap.

The report makes very interesting reading.  I strongly recommend it.