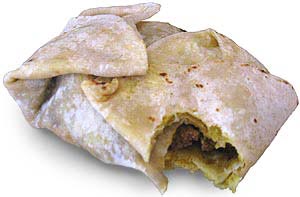 Those of us who have spent many man-hours in understanding employee engagement, developing and implementing engagement programmes and measuring the results may be tempted to render the above statement a rhetorical one. It could be argued that financially successful companies have more money to spend on their employees, and also employees are more engaged because they work for an already winning team. It may be considered a virtuous cycle.

Among a few of our local CFOs, the question is completely valid and would even go so far to comment that all research that shows that engagement is a lead indicator to financial success was conducted outside of Trinidad and Tobago and hence does not apply to the local environment. What behooves me is when qualified financial professionals make comments like “Trinis are a simple people, just give them rum and roti”. I am not sure if they were present for the Human Capital module as part of their post graduate training. I am positive this myopia is among the special few of the profession and in no way reflects their perceived preoccupation with only counting the shrinking beans.

Regardless of the research on the correlation between people and share price, most companies are not yet full believers that there is a link between the two. It is easy for the CFO to approve an investment into a piece of equipment that they can see, feel, touch and they can also observe the outputs. When one spends money on employee engagement programmes, you cannot see the return in a tangible way; hence we classify that money as expenditure and not investment. Even if we “invest” in these programmes, we cannot vouch with absolute certainty the cause and effect relationship because there are so many variables in the equation.

Engaged employees are the company’s best advocates, they have a clear line of sight, they are motivated and driven to contribute their discretionary effort into their work beyond what is the norm. In a study of 50 multinational companies, Towers Perrin documented that over twelve months, the companies with high levels of engagement outperformed the companies with less engaged staff in three financial measures, operating income, net income growth and earnings per share. The high employee engagement companies posted a 19 percent increase in operating income and 28 percent rise in earnings per share.

Towers Perrin’s research also shows that as engagement levels increase so do customer satisfaction levels. A case study was done on a company called Motability Operations in the UK, where they invested in their people strategy and reaped benchmarked results in customer satisfaction.

Towers Perrin developed a linkage framework between people and performance and essentially it starts with reward investments, HR service delivery, workforce deployment and its impact on employee behaviour in terms of engagement, turnover and productivity which in turn impacts customer behaviour as evidenced by loyalty, repeat business, company advocacy and ultimately it impacts revenue growth and stock performance. World at Work association has a Total Reward Philosophy which also links HR strategies to engagement and to company performance.

WorkUSA® 2006/2007 research suggests that employee engagement has a strong impact on the bottom line. The research has noted that the frequency with which senior leadership communicates with staff is a key driver to employee engagement. Also to ensure the improved productivity, the staff must be provided with targeted training, tools and resources to contribute effectively without the red tape of bureaucracy.

We have even seen where investors review the companies on the “best companies to work for list” as a source of potential high investment earners to invest in, and the result has shown that the companies on those lists earned average annual returns of 14 per cent which was more than double the average market return according to Alex Edmans at the University of Pennsylvania’s Wharton School.

Craig Donaldson quotes an Accenture study where the book value of companies is now including their intangible assets as well as the tangible ones. This is indicative of the market slowly recognizing the value of a company’s people, knowledge, skills and abilities.

Craig Donaldson also reports that Alan Bardwell, the Finance Chief of ASX Limited is of the view that CFOs need to support appropriate investments in developing human capital. The widespread practice of setting short term earnings targets forces managers to forsake long term investments and this hinders the people development. Mr. Bardwell is of the view that CFOs must take the time to understand the drivers of employee engagement with a long term view.