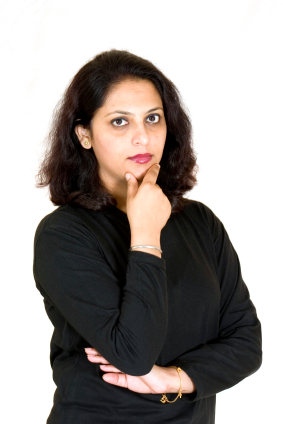 The world’s economy has been in a downturn because of the global recession which has gravely impacted our local organizations.  This recession has caused significant reductions in earnings from tourism, bauxite, remittance and foreign direct investment.

As a consequence, consumers are demanding less goods and services resulting in a reduction in income. According to a Gleaner report dated August 2010 entitled “Government must now create Aggregate Demand”, Red Stripe, Sagicor, Grace Kennedy, Lascelles DeMercado and Pan Caribbean have had tremendous reductions in profits for the reporting period ended June 2010.

The Jamaican government in an effort to adhere to austerity conditions imposed by the International Monetary Fund (IMF) has put measures in place to reduce the debt burden, such as a wage freeze on public sector salaries, implement of the Debt Exchange Programme which further reduces the expected earnings for individuals and organizations.  In order to survive, these organizations and others must seek ways to reduce cost.

In a time such as an economic recession, organizations need to focus more on training and development as this will allow the organization to have the best performing employees who will allow the company to have a competitive advantage.  In addition, individuals have a responsibility to assess their own knowledge, skills and abilities in order to be or remain employable.

A gleaner article of March 6, 2009 entitled “Cushioning the recession” informed that approximately 1300 public sector workers lost jobs in 2009 resulting from pressure on local companies due to economic meltdown.  The article further mentioned that in order to assist those who have lost jobs and those who are still employed, the ministry of labour offered training opportunities designed to equip participants to be multi-skilled.  The article cites Pearnel Charles as cautioning local organizations not to cut jobs as an easy and fast way out but rather to invest in workers by using more cost effective training.  He explained that by having workers multi-skilled they will become more efficient and at the same time will be equipped in the event of further downturn in the economy.

This article points to the fact that training and development is important in hard times.  In such gloomy economic climate, organizations are engaged in fierce competitive marketing strategies, most companies try to compete based on service delivery, there is a more team based approach to work assignments, employees are expected to perform the task of others who have left the organization due to redundancies and companies seek to gain competitive advantage in the market by having their staff performing better than the competitors.

The total number of Jamaicans who have lost jobs in both the private and public sector amounted to approximately 40,000 due to redundancies with an additional amount expected by the end of 2011 (Jamaica Gleaner Nov 8, 2009).  Many of these organizations have resorted to using alternative work arrangements where most of the jobs that require specialized skills are carried out by contract workers, temporary workers and in some cases by outsourcing some of its operations.

Alternate work arrangements allow an organization to have relative flexibility with regards to staffing.  It is considered flexible because the company converts a large portion of its fixed costs into variable costs.   The organization first re-organizes by using redundancy to change its predominantly 9-5 workforce into one with a few full time employees and mostly contract and external workers.  As examples Air Jamaica/Caribbean Airlines retained some of its pilots as core staff, Digicel retained engineers and the University of the West Indies retained experienced lecturers.  One of the many benefits to participating companies in this type of arrangement is the fact that they do not need to spend much on training because of the practice of hiring skilled workers.

Adams (2010) in a Jamaica Gleaner Article stated that due to the recession the private and public sector entities have contracted which now requires retooling and certification in order to be employable and to retain employment.  He further stated that CXCs and GCEs are based on the formal education system and are great to have, however they are no longer the basic standard for matriculation because persons can acquire knowledge from experience by working in the formal system.  He further reported that some tertiary institutions such as those from the Council of Community Colleges in Jamaica have developed policies relating to prior learning for entry level and advance placements. He advised that this development is not only about the recession but also about the need to position Jamaica to become a developed country as outline in its 2030 vision, to increase the number of certified workers in Jamaica and to minimize organizational training.

The impact of cutting back on education in Jamaica did not augur well for a group of students of the University of the West Indies, Jamaica who demonstrated and voiced their disapproval. According to a Gleaner report of May 6, 2010, the government plans to withdraw subsidy to tertiary students.   The report mentioned that a representative from the guild of students at the institution outlined the implication that the cut back will have on the country’s economic development.  However according to the report, the Minister of Education, Andrew Holness maintained that subsidy will be withdrawn despite the objections.

Recognizing the role education and training plays in a company’s economy, the government has taken steps in other areas.   A Jamaica Gleaner article of March 8, 2009 reported a training and employment project arranged by the government to help persons age 18 to 30 mainly women because low income women are at greater risk of losing their jobs.

Since the 2008 recession it has not been business as usual and individuals, organizations and the countries in general have been rethinking how hard earned money should be spent.  The areas being spent on are considered critical or are areas that would yield return on investments.  It is in the interest of the managers of the various departments in an organization to carefully assess and make a submission to top management on the effectiveness of the areas in which they seek to venture.  The human resource practitioner in charge of training or the training manager must link training programmes to the organization’s strategic objectives and must prove that spending will result in return on investment.

Cushioning the recession – Ministry offers training, loans for those who have lost jobs