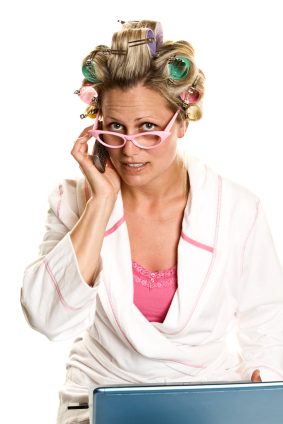 In corporations around the world, the most profound culture change in living memory is taking place while human resource practitioners are sitting on the sidelines, often without knowing that it’s happening.

Contrary to the news headlines, it’s not driven by the recession, politics, crime or anything quite as noticeable.

Instead, it’s being driven by smartphone technology which is steadily putting 24-7 access to cell phone calls, emails, instant messages, text messages  and voice-mails in the pocket of every employee.  That this is happening is an inescapable fact.  Here’s the proof:

At the same time, workers are becoming more addicted:

Recent research shows that smartphone penetration in companies is rising, and it’s not too hard to predict that the time will come when more employees have smart-phones than desktops and laptops.  In other words, the number of employees who can be reached 24-7 will grow to almost 100%.

For companies, this means that they’ll be able to gain access to more of their employees’ time than they ever had before.  For corporations, this is quite a valuable gain in productivity, even if it amounts to a mere 2 hours per employee.  It means that the companies work can continue uninterrupted on weekends, at odd hours, on holidays, during vacations, weddings, Bar Mitzvahs, funerals, etc.

The amazing thing is that this change in “teamwork” didn’t come as a result of any initiative launched by HR.  Nor was it decided by an executive committee on productivity.  Instead, it seems to have come in the back door when no-one was looking, smuggled in with today’s electronic Trojan Horses:  Blackberrys, iPhones, Androids and the like.

If you are an HR professional, you actually have a duty in all this, in at least three areas.

It’s devilishly easy to worsen one’s own productivity with one of these devices.  We all know people who interrupt conversations, meetings, phone-calls, projects, church services, driving trips and even runs in the park to respond to their smart-phones.  The fact is, those who respond quickly are the ones who are likely to be getting little else done.

In some companies, employees that are unwilling or unable to respond to all email within the hour are sent for “time management training.”  by contrast, those that are “hyper-responsive” and live on email interruptions are held up as role-models.  It might be the job of HR professionals to reverse these trends, and insist that worker productivity must be preserved by rooting out bad habits and destructive expectations.

Employee productivity is clearly at risk, but in most companies it’s unclear who is accountable for this critical metric.  HR needs to take the lead.

Smartphones, anxious managers and willing employees are all that are needed to turn a standard 40 hour work-week into one in which employees are perpetually “on-call” during every day and night of the year.   Unlike surgeons, who are on-call for specific lengths of time, an increasing number of employees never give up that status, and have become conditioned to dash for their smart-phones regardless of their concerns for their families, their safety and  their sanity.

Many do so because they are afraid of losing their jobs.

A company I consulted with has a CEO who thinks nothing of sending messages at 2:00am, and he fully expects the recipient to answer every time.  Of course, this behavior has a ripple effect.

His anxiety gets transmitted down the line, from executives to managers, all via smart-phones, until the message hits the right person… shortly before 3:00am.  His bright idea in the middle of the night to increase market share by 1.5% simply could not wait.

It’s little wonder that employees subject to this kind of lifestyle often burn out.

Where is HR while all this is happening?  Well, it’s not as if there is a meeting held to decide on how much private employee time to claim for the company.

In fact, most executives would make light of the fact that their employees are giving up more of what used to be private time, while enjoying the benefits of Saturday night, 11pm conference calls.  It’s not that they are without a conscience, but it’s simply not their job to add up all the costs and to ask the question: “Is this madness worth it?”

I believe that HR is ideally positioned to raise this concern.

Depending on your country’s laws, your hourly workers might have a case for paid overtime when they spend the better part of an hour responding to email over the weekend.

Also, when your employee crashes the company car on New year’s Day while texting a Vice President on an urgent matter, where exactly does liability lie?

In most companies, it’s unfortunate that most of these cultural changes will happen without anyone in HR noticing.  After all, HR is often the last to get new technology, and by the time the Blackberry’s are handed out in the department, the culture of the company might have already changed.

A few HR professionals, however, will see what’s coming and sound an alarm.

They’ll be prepared for the inevitable culture change that smartphones enable, and they’ll have a plan waiting for the time when smart-phones become as ubiquitous as PC’s.  They’ll have thought about policies to guide smartphone use, and be ready to provide training on how  to maximize productivity rather than destroy it.

They’ll be ready to show CEO’s and MD’s that their actions have a ripple effect, and that they need to make an explicit, informed decision about the kind of company culture they want.  To ignore the change is to invite a decrease in productivity, threats to employee’s life balance and possible legal action.

P.S. For more on the latest in productivity thinking in companies, visit the 2Time: Time Management 2.0 blog at http://2time-sys.com