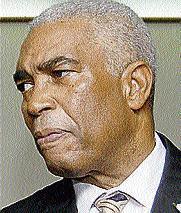 George Philip was a quiet giant of Jamaican industry, and his recent passing away was a blow to most who knew him.

I had the chance to interview him for our recent study “The Trinidadian Executive in Jamaica” before he passed away, and he was generous and insightful — so much so that he was someone I wanted to do an audio interview with, until I heard the news. He was the most successful Trinidadian executive to work in Jamaica.

“Johnson, as you know we are doing some downsizing and unfortunately your name has come up as someone to let go. As part of your separation, you are due to receive $X for each year of service. However, to help ease the transition we have decided to give you an extra $Z, just to acknowledge the work you have done in the company and to help make things easier.”

His point was that that little extra step is critical in leaving a Jamaican worker feeling respected.

George was right on the money — what we Jamaicans call brawta (a little extra) goes a long, long way.

During my interview with Douglas Orane at HRMAJ 2007, he mentioned a study that was done at the U.S. Embassy. It showed that the Americans complained that Jamaicans were too casual, always late, etc. The Jamaicans had one complaint — Americans were rude, never said hello or good morning and left them feeling disrespected.

Whether this is a true story or not is to be discovered, but I am sure George would agree with the finding.

For more information on the life of George Phillip, click here.

This article is taken from my blog, Chronicles from a Caribbean Cubicle.