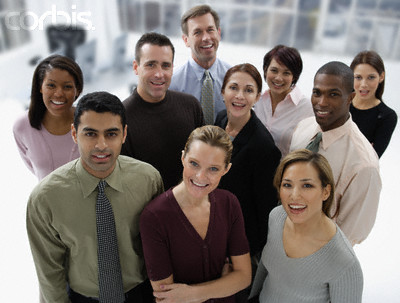 How does an organisation gain buy-in and support from the general employee popuation about adopting the BSC?

There must an intimate understanding of the employee population, the demographics, variations of likes and dislikes, the culture, expectations and work ethic. This understanding will help inform a stakeholder analysis which will be used to design a strategy to gain employee buy-in. All presentations must be customised to the target audience.

I suggest starting with identifying the gaps and the weaknesses of the previous performance management system citing some of the employee comments validating the dissatisfaction. This could be used as a tactical platform to partially support the adoption of the BSC. One should emphasise the advantages of the BSC, especially its use as a strategic management tool for the senior management team and its use as an increased objective way to measure performance for the general employee population.

From my own work using and implementing the BSC, the employees who supported the BSC implementation are the ones who are the high performers. They welcome a system that objectively measures their achievement of objectives using agreed upon metrics and targets with reliable and valid data delivery systems. These star performers noted that in the past the traditional performance management system was unable to easily identify poor performers. Hence all employees were generally rated high or at least towards the right of the bell curve for performance ratings resulting in a skewed curve.

The employees who are unsure about their own performance are the ones who are hesitant to adopt the BSC since their performance outcomes will be under increased scrutiny and as a result will impact their annual bonuses.

During my work, I also noted reluctance on the part of a number of appraisers to confront poor performance issues with staff. This resulted in poor performers with a satisfactory performance rating under the traditional performance management system. The BSC provides more rigour and discipline to managing performance using agreed upon measures and goals, thereby supporting the appraisers to rely less on their subjective opinion and more on undisputed facts. Yes, on some occasions, there are shades of grey, but this is another issue and I can talk later on how I have dealt with these real challenges using the BSC on a daily basis.

One of the key strategies I suggest is to identify the informal leaders in the organisation across the organisation and gain their buy-in first and use them as change agents to reinforce the benefits of the BSC and to support and embrace the BSC adoption.

In addition, to constant communication, posters, workshops, seminars, customised presentations, segmenting staff and identifying the “what’s in it for me” per stakeholder group, giveaways to keep the BSC top of mind, I suggest a game show. Of course, this will have to be culture specific and appropriate and supported by the leadership. From my own work, I designed a game show that built on the elements of “Jeopardy”. There were a series of questions that were disseminated on a weekly basis about 4-6 weeks prior to the actual game show event. Employees would submit their answers and be awarded prizes weekly. The questions were all about understanding the company, especially the BSC and some questions were quite silly and culture specific. From the weekly winners, there were selected finalists who competed against each other by answering a series of questions with the President as the host.

The actual game show resulted in lots of laughter, increased knowledge of the BSC, increased awareness of company issues and a curiosity about the BSC and the business in general among the employee population.

I hope you enjoyed this article. I will be writing on other topics, all based on my experience, after all there are enough text books out there to satisfy the most avaricious appetite for learning.