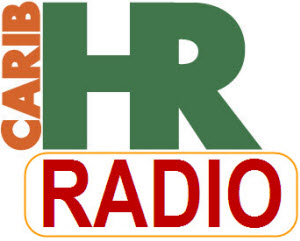 It’s time to try something new.

As the name implies, it’s a radio show based on an internet broadcast platform called blogtalkradio.

I’m hoping that the show will become a regular feature of life here at CaribHRForum, but that will depend at the end of the day on the kind of listenership and sponsorship we’re able to attract.

We’ll see how it all plays out in the end, but the first show will feature Elaine Bourne.  She’s an industrial psychologist who was recently elected President of HRMAB, and she’ll be sharing some of the plans in the works for 2010-11, plus share a bit about the conference coming up on October 14-15.

Also, one of our frequent bloggers, Dr. Nathan Charles, will be on the show to speak to his most recent post which he intends to be a challenge to all HR practitioners across the region.

Here’s the link to get to the show:   CaribHR.Radio Lunchtime Show on October 5th which will start at 11:30 Jamaica time or 12:30 T&T/Miami time.  You can find the show’s page at http://blogtalkradio.com/caribhr-radio2

P.S. The show went quite well, and you can listen to the entire broadcast by clicking on this link:  CaribHR.Radio Test Broadcast Lunchtime Show or on the icon below, or visit www.radio.CaribHRForum.com.
Listen to internet radio with CaribHR.Radio on Blog Talk Radio

Let me know what you thought of the show in the comments.

P.S. The third show will be on Tuesday  November 2nd.  Click on the icon above — we’re going to discuss the article “Why Does Everyone Hate HR?,” and also having interviews with Douglas Orane and Gina Terry.